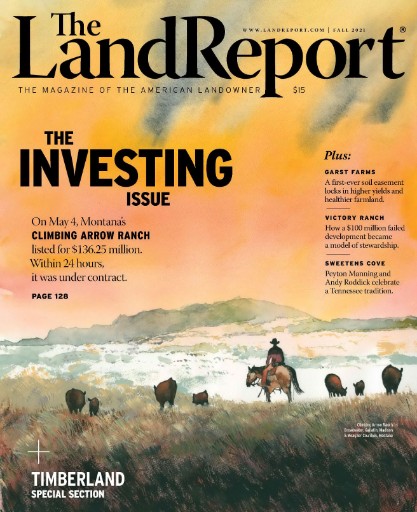 The Land Report is the official magazine of the American landowner, and profiles the most iconic listings, opportunities and current land deals. The magazine is best known for its annual Land Report 100, which lists and rank the top 100 landowners in the U.S. The magazine gets insider access, and has had exclusive interviews with some of the country's best known landowners, such as Ted Turner, T. Boone Pickens, Clint Eastwood, Joe Montana, Francis Ford Coppola, and Harrison Ford, just to name a few.

Get a digital magazine subscription of The Land Report for your library, school or business which your patrons, students & employees can read on-the-go.