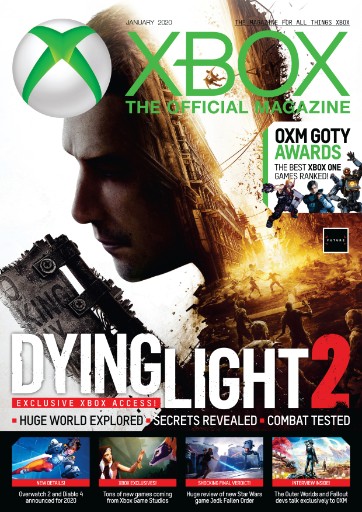 Official Xbox Magazine delivers what only an official magazine can: exclusive access to the biggest Xbox One and Xbox 360 games and the people who make them. It is the number one choice for the informed Xbox fan, offering first-looks at the hits of tomorrow, reviews of biggest games of today and celebrations of Xbox's vast library of hits. The mag's comprehensive sweep and accessible tone appeals to gamers of all ages, from the hardened veteran with three generations of console under their belt to the modern Minecraft addict only just discovering Microsoft's gaming heritage.

Get a digital magazine subscription of Official XBOX for your library, school or business which your patrons, students & employees can read on-the-go.