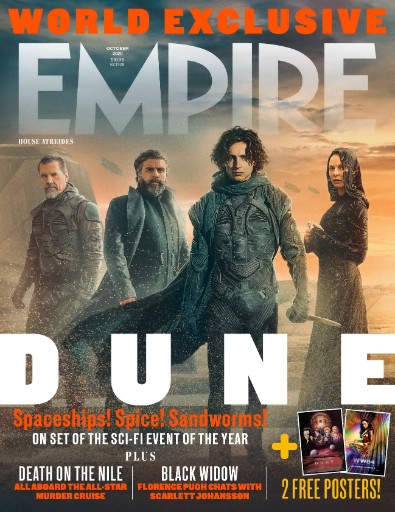 Simply put, Empire is Australia's - and the world's - biggest movie magazine. It's the bible for film lovers. Published in Australia since 2001, Empire enjoys access to the sets and talent of the biggest - and smallest - films produced around the world, and counts leading filmmakers such as Quentin Tarantino, Steven Spielberg, Peter Jackson and JJ Abrams as devout fans. From the latest in-cinema releases to the repackaged classics of the big and small screen, plus books and technology, Empire's erudite and hip analysis is not only the last word in film, but the most entertaining.

Get a digital magazine subscription of Empire for your library, school or business which your patrons, students & employees can read on-the-go.