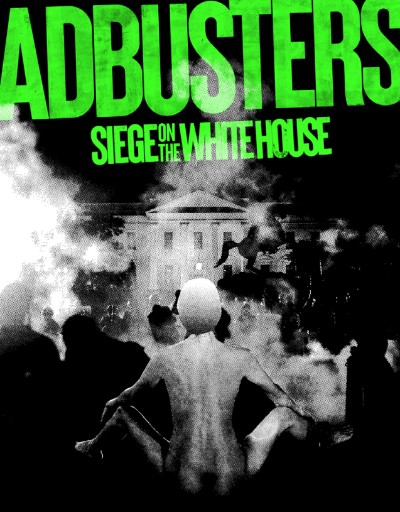 Based in Vancouver, British Columbia, Canada, Adbusters is a not-for-profit, reader-supported magazine concerned with the erosion of our physical and cultural environments by commercial forces. Since 1989, the magazine has been featured in hundreds of alternative and mainstream newspapers, magazines, television and radio shows. Known worldwide for sparking Occupy Wall Street, Adbusters is also responsible for social media campaigns such as Buy Nothing Day and Digital Detox Week. Included in the magazine are incisive philosophical articles and activist commentary, coupled with impact design that seeks to unbound the traditional magazine format. Issues relevant to our contemporary moment, such as media concentration, climate change and genetically modified foods are regularly featured. We seek out a world where economy and ecology exist in harmony. By challenging people to become participants as opposed to spectators, Adbusters takes aim at corporate disinformation, global injustice and the industries and governments who actively pollute and destroy our physical and mental commons.

Get a digital magazine subscription of Adbusters for your library, school or business which your patrons, students & employees can read on-the-go.